Devices like Apple's, Google's smartwatch are starting to show off our health
Home / News

Devices like Apple's, Google's smartwatch are starting to show off our health

Fitness trackers from the likes of Apple, Amazon, and Google are making a big shift from low-tech devices that count steps to now fashionable items in the personal health world.
It can be useful and fun to track fitness and exercise data that you use personally or share with friends. But with the dramatic increase in telemedicine services required during the COVID-19 pandemic, there is growing interest in integrating a broader range of medical data into the digital health ecosystem, enabling doctors and hospitals to access personal information through electronic health records.
The wearables market, which includes basic fitness, exercise, and motion tracking devices, came to life more than a decade ago. Nearly 30 percent of Americans now use wearable medical devices, many of which are now able to track, monitor, and transmit data such as heart rate and rhythm, blood pressure, body temperature, blood sugar levels, sleep quality, and even early warning signs of COVID-19 infection.
Fitbit led the trend in 2009 with a small clip-on device that tracks the wearer's movements, sleep, and calories. The model evolved into a wristband that over the years added more biosensors and Bluetooth connections for downloading data to smartphones. Alphabet, Google's parent company, bought Fitbit in January for $2.1 billion. 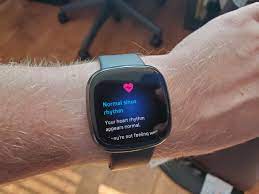 Apple entered the space to debut the Watch in 2015 because of the addition of a bunch of health-related features and third-party developers to create apps and generate a platform tool that utilizes not only consumer healthcare organizations and researchers to access Smartwatches to capture and analyze data. It has also formed alliances with fitness companies such as Nike, Strava, and Adidas, allowing them to sync its activity apps with the watch. Research firm Strategy Analytics estimates Apple Watch sales will reach nearly $13 billion in 2020, accounting for 65 percent of global smartwatch revenue.
The booming market has attracted other tech giants, including Amazon, maker of the Halo smart band, and Huawei, which launched its Watch 3 this year. There are plenty of other smartwatches making their way into consumer electronics, including Samsung, Garmin, and Withings.
Finnish startup Oura has designed a ring with built-in biosensors to monitor sleep, heart rate, and body temperature. In May, the company announced a $100 million Series C investment, bringing its total funding to more than $148 million. Peloton is reportedly planning to release a digital heart rate armband.
According to Fortune Business Insights, the global market for wearable health and fitness devices -- including sensor-equipped watches, wristbands, rings, skin patches, eyeglasses, and apparel -- reached more than $36 billion in 2020 and is projected to reach $114 billion by 2028, with a 15.4% cagR. Deloitte Global forecasts that the market share of smartwatches and smart patches alone will ship 320 million units worldwide by 2022, and that number could reach 440 million units by 2024.
"There is a lot of money coming from venture capital and private sources in this area," said Paul Silverglate, a vice chairman at Deloitte and a leader in the American technology industry.
Several medical-tech companies have introduced smart patches, penny-sized patches that attach to the skin, use microneedles as biosensors and deliver drugs.BioIntelliSense, based in Redwood City, Calif., created the bio-sticker, which is worn on the upper left chest and is used to continuously monitor and collect data on respiratory rate, resting heart rate, and skin temperature. Insulet, a publicly-traded company based in Acton, Mass., developed OmniPod, a patch that acts as an insulin pump.
Clothes with feelings also appeared. Montreal-based Hexoskin has developed a line of smart shirts that collect heart, breathing, and activity data and transfer it to iOS - or Android-compatible devices. The company has teamed up with the Canadian Space Agency to develop an alien version of the Astroskin, which tracks astronauts' vital signs during rocket liftoff.