For some reason, Microsoft has been making its Edge browser worse
Home / News

For some reason, Microsoft has been making its Edge browser worse

Microsoft seems to be cutting itself. Since introducing its new Edge browser last year, which received critical acclaim, Microsoft seems to have done everything possible to undermine it, including imposing unwelcome features and intrusive restrictions. 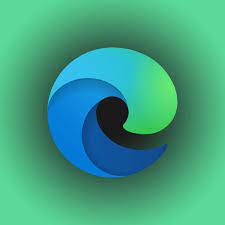 According to Ars Technica, the latest mistake was the integration of a short-term financing app directly into Edge, a move that drew the ire of users. A few weeks ago, Microsoft announced that it would build Zip(formerly Quadpay) applications into its browser. The financing app allows shoppers to buy products in advance but pay for them in smaller "usually interest-free" installments in the future.
Zip is unique in that it does not use interest rates, but instead charges $1 per installment (loans are typically paid in four installments over six weeks, so an extra $4 is charged), as long as the payments are made on time.
The service itself isn't what makes Edge users look at Chrome, but rather Microsoft's third-party services that constantly tell users to "see what we've added and use it now."
When reading Microsoft's support forums, it's clear that people just want a fast browser and get out of their way.
"None of this is necessary for the browsing experience. I don't want it, "user Jason Tenpenny wrote."I don't even want the shopping and discovery feature you put out. These types of content should be separated into extensions. I'm more interested in a fast browser that uses the least amount of resources while maintaining security. The Edge on Mac is getting heavier."
Another user wrote: 'This is vulgar and Edge feels dirty to use.'"Edge isn't just any browser, it's the default (and increasingly hard to change) for the world's most important desktop operating system."
Microsoft has previously come under fire for pushing Edge to users upgrading their PCS to Windows 11. Edge appears throughout the browser's initial startup and is sure to ask you to "set as your default browser" if you even dream of switching to Chrome, Firefox, or any other browser options.
The bigger problem is that Microsoft has made it very difficult to switch browsers, and worse, the software giant has blocked third-party apps like EdgeDeflector from offering alternatives so you can use them in your search bar and new taskbar widgets.
Now Microsoft is rolling out a financing service that will not only encroach on your browsing experience but could also open the door to cyber security threats. Microsoft didn't say how much browsing data, if any, Zip will display, or how it plans to keep applications secure. We've reached out to the company for some answers.
In any case, Microsoft said it "does not charge a fee to connect users to loan providers", but it did not say whether it received any share of the deal. It makes you wonder why Microsoft is putting this service in the first place. If it did so because it thought Zip was a real viable option for users, it should have no problem removing the financing app after seeing more and more complaints.

What are silicon nanoparticles?

What is silicon monoxide powder?