High energy costs are forcing factories across Europe to shut down

High energy costs are forcing factories across Europe to shut down. July saw the biggest drop in industrial production in Europe in two years, and the situation is now in crisis mode. Governments across Europe have earmarked nearly 500 billion euros to help deal with the rising costs of energy. Germany, for example, has nationalized its utility company Uniper to try to control costs.

Europe's energy security crisis is a major issue that is affecting the entire continent. Despite abundant natural gas, coal, and uranium resources, the continent is currently dependent on foreign energy sources for its energy needs. In addition, anti-nuclear and anti-fossil fuel policies have stifled European energy production.

There are several ways to address Europe's energy security crisis. One is to create market conditions that promote energy production. This is a more sustainable solution than attempting to impose excess taxation on the profits of energy companies. Europe is currently undergoing a major energy market reform. While it may not be the first option on the table, it is currently the most cost-effective way to reduce energy prices and improve energy security.

The European Union will need to confront the deep disagreements among member states regarding nuclear energy. Nuclear power could reduce the reliance on Russian energy supplies and help the European Union meet its climate goals. While the German government has reiterated its anti-nuclear stance, many in Central and Eastern Europe disagree. Furthermore, the United States' nuclear power industry could regain the market share that was lost to Rosatom due to its anti-nuclear energy stance.

Problems caused by its reliance on Russian fossil fuels

Germany has recently halted a controversial gas pipeline project that was set to increase Russian gas deliveries to Germany. Despite these developments, Europe is still heavily reliant on Russian oil and gas. Fortunately, the European Union is making plans to become more self-sufficient in this area. Next week, the European Commission is expected to announce its plan to become energy-independent.

The EU needs to diversify its energy portfolio and move away from Russian natural gas. Its energy policy is more forward-thinking and global community-minded than that of the United States and other major powers, which are often mired in national parochialism. Its policies are in line with global climate change and the need for gradual weaning from hydrocarbons to renewable sources of energy.

While Russia and the EU share the cost of energy, the European Union is still reliant on Russian energy for much of its needs. Much of the gas that Russia produces is sent over Soviet-era pipelines through Eastern Europe. Although Moscow has been seeking to build new pipelines, it will only supply a fraction of the energy that is consumed in Europe. 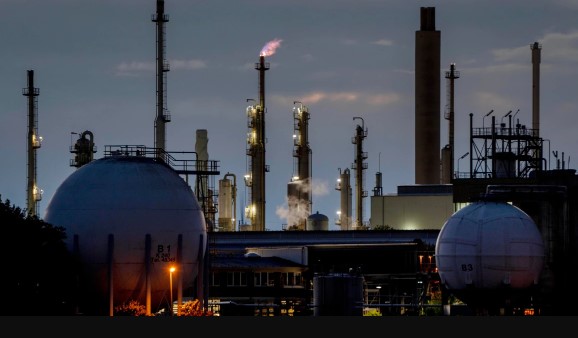 Solutions to the crisis

There are a number of possible solutions to Europe's energy shortage. Governments have adopted various approaches to the problem, ranging from granting fuel subsidies and reducing consumption taxes to passing on higher wholesale prices to industry. However, it is unlikely that these solutions will work without the involvement of businesses. While untargeted help may be politically expedient, it risks undoing the incentives for consumers to save energy.

The first step towards solving Europe's energy shortage is identifying the source of the problem. The biggest problem is that the EU has not yet faced the causes behind the problem. European leaders blame Russia, which has been throttling gas pipelines. As a result, the continent has suffered from spiked electricity prices and gas shortages. In order to compensate for this, many countries have increased the use of fuel oil and coal.

Another option is to look at a more diverse natural gas supply. European nations rely heavily on natural gas from Russia. However, the price of gas has risen by ten times since the early 2000s. In addition, gas demand is inelastic, so the increase in supply will not result in a reduction in consumer demand.

Feel free to send an email to brad@ihpa.net to contact us at any time.