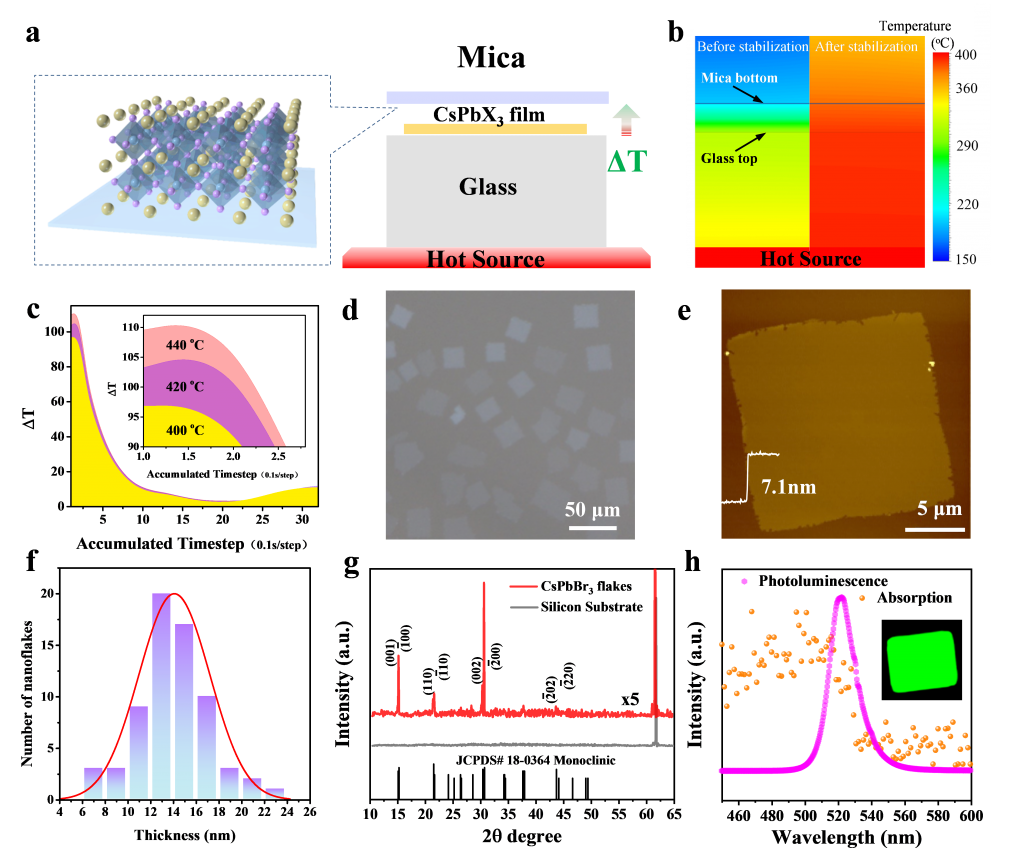 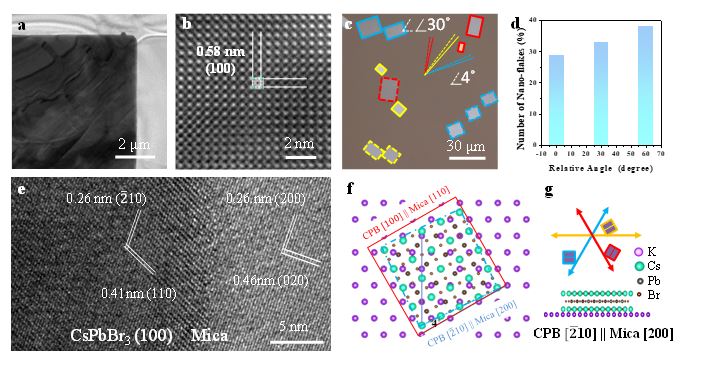 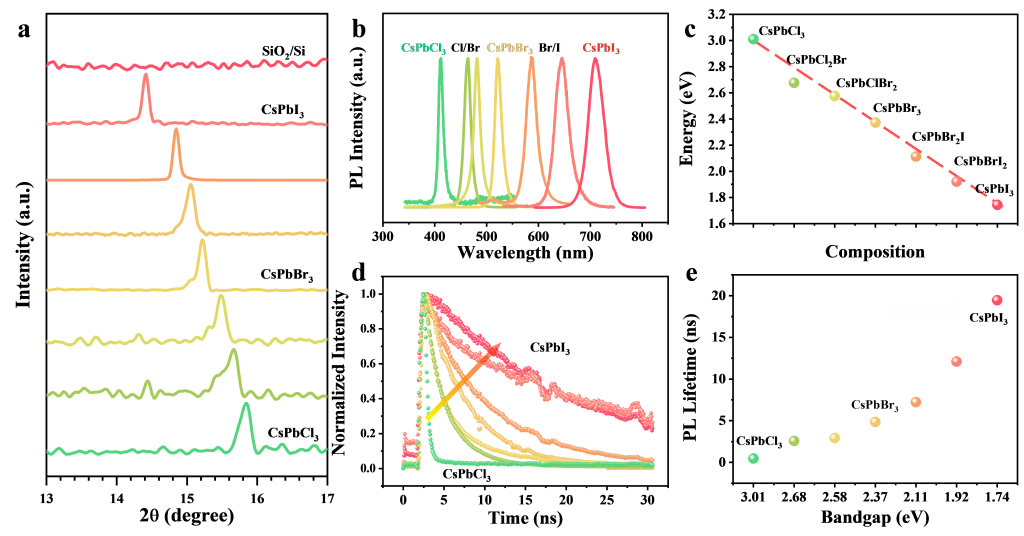 3: by adjusting the composition of halide elements the b gap can be continuously adjusted in the visible light b. The XRD patterns of

show that the controllable preparation of two-dimensional perovskite with different components can be realized by the substitution of different halogen components. As shown in Fig. 3b the PL spectrum shows that the b gap is continuously adjustable in the visible light b. The corresponding fluorescence lifetime also shows a significant continuous controllable property. This growth strategy with tunable b gap composition has a certain reference guiding significance for the design research of two-dimensional perovskite luminescent materials. 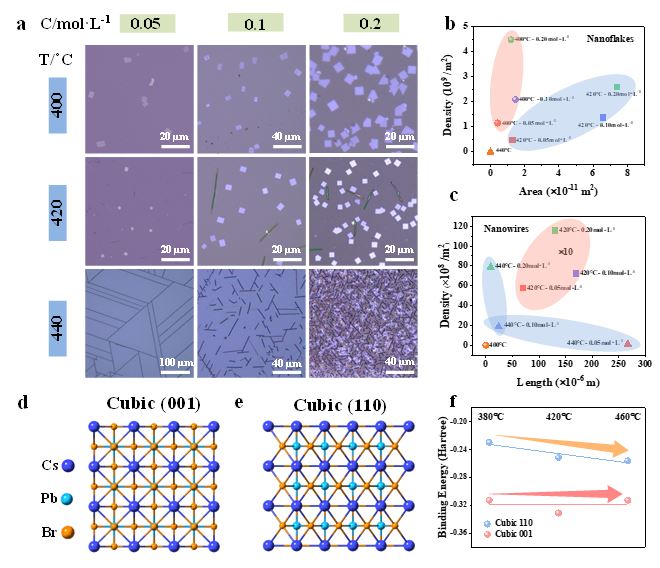 : the selective growth of nanowires nanosheets is realized by setting the temperature. The

Fig. 5. Study of photodetectors based on two-dimensional perovskite. Key points of

based on vertical mass transfer show excellent photoelectron properties. The samples show significant light response under 365 nm laser irradiation. As shown in Fig. 5D the dependence coefficient of photocurrent power is close to 1 which indicates that perovskite has excellent photoelectric conversion ability with detection responsivity of 1012 Jones 10-1 A / W respectively optical response switching speed of ~ 20 μ s. The high-speed photoelectric response ability provides the foundation for the application of two-dimensional perovskite in high-speed optoelectronic devices.

in conclusion a new vertical mass transfer growth method was used to realize the controllable preparation of large-scale two-dimensional all inorganic perovskite. The morphology b gap of the samples were controlled by controlling the temperature the composition respectively. Large size two-dimensional perovskite materials show excellent optoelectronic properties have a good application prospect in the field of photodetectors. This synthesis method has a certain guiding significance for the controllable preparation basic research of other two-dimensional materials their heterojunctions.

Singapore has made the worst plan for COVID-19, helping employees and companies, and striving to support enterprises to the end of the epidemic