monatomic catalysts are widely used in catalytic oxidation hydrolysis hydrogenation because of their atomic dispersed metal sites their close interaction with supports. Because of the catalytic oxidation reaction on the metal sites the carrier sites are used to stabilize the oxygen at the interface the key to the performance of the monoatomic catalyst lies in the regulation of the metal carrier interface which is mainly determined by the concentration of highly dispersed monoatoms. Understing the phenomenon of metal support interaction is the key to the preparation of monatomic catalysts. Since the discovery of metal support interaction in 1970s the improvement of catalyst performance at the interface has been concerned. The strong interaction between metal support can lead to mass transfer charge transfer from support to metal which can significantly improve the activity stability of the catalyst. However for monatomic catalysts only a very limited literature has described the interaction between the support the single atom. Because the size of the metal species is minimized the only way to improve the activity of monatomic catalysts is to select a specific support that will affect the use of the whole catalyst as well as the chemical electronic states. Although monatomic catalysts can obtain excellent activity at present the mobility agglomeration of the catalysts supported on common nanoparticles are usually limited the structure composition of the supports are poorly controlled.

the research group of Professor Zhang Guoliang Institute of membrane separation water science technology Zhejiang University of technology aimed at the above international problems designed synthesized heterogeneous monatomic catalysts by using the crystal induced atom trapping method controlling the metal support interface accurately through the metal oxide nano array. The structure composition of the cox-i cox-b nanoarrays can be precisely controlled. The exposed {112} surface of the cox-i cox-b supports can capture single atoms through abundant oxygen vacancies form two coordination structures with high catalytic performance which have great potential for industrial application. In the research of 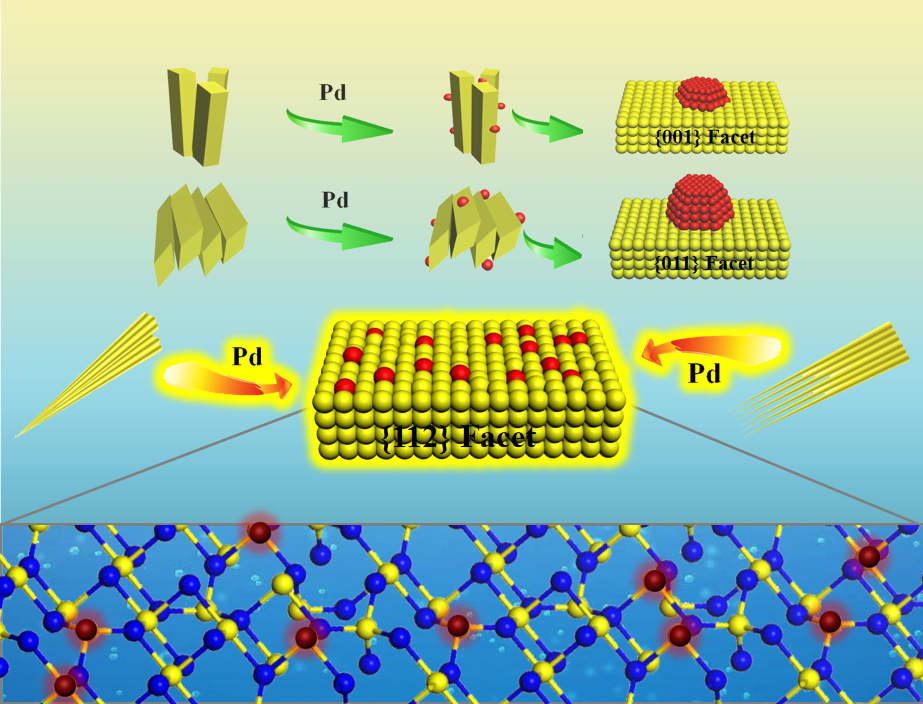 carbon fiber was selected as the substrate to induce the growth of coxoy nanoarrays. Through the improved hydrolysis reaction cobalt hydroxide carbonate hydrate was grown as a precursor then transformed into four different forms of cobalt based nano array carriers with good uniformity regular arrangement controllable composition. Then the modified wet impregnation method was used to deposit PD into the coxoy nano array to prepare the monatomic catalyst. Cobalt based nanoarrays with specific crystal planes can capture Pd atoms by oxygen vacancies stabilize the high valence Pd atoms on the high index {112} plane of cobalt support by anchoring form pd-o-co bonds resulting in strong metal support interface interaction which can significantly eliminate the problems of atomic agglomeration catalytic deactivation. The PD monoatomic catalyst synthesized has very high activity stability. This strategy can not only be extended to the preparation of other high stability single atom catalysts based on structured arrays but also can greatly improve its catalytic oxidation performance realize its wide application in many fields by ingenious design precise control of metal carrier interface materials.