How much do you know about lithium nitride?
Home / Products

How much do you know about lithium nitride?

Lithium nitride is a metal nitrogen compound with a molecular formula of Li3N. It is a purple or red crystalline solid with a light green luster in reflected light and a ruby color in transmitted light. Long-term exposure to the air will eventually become lithium carbonate. Basic metal nitride chemistry is extremely limited. Among binary compounds, only lithium nitride is stable and easy to prepare (sodium nitrite and potassium nitride can only be prepared under extreme conditions). 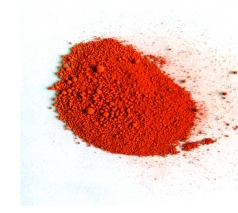 Research history of lithium nitride
Lithium nitride was discovered as early as the end of the 19th century, and it is easily prepared by a compound reaction between elemental substances. In 1935, Zintl and Brauer first determined the hexagonal structure of lithium nitride crystals. This structure was re-determined by Rabenau and Schultz through single-crystal X-ray diffraction (XRD) in 1976.
The research on the reaction between lithium nitride and hydrogen began in the early 20th century. Daft and Miklauz discovered that lithium nitride and hydrogen reacted at 220-250°C to produce a substance composed of "Li3NH4". They continued to heat this substance and decomposed it into a substance composed of "Li3NH2" at higher temperatures (>700°C). Substances and hydrogen. Later, Ruff and Georges discovered that this kind of "Li3NH4" is Li2NH + LiH, and "Li3NH2" is LiNH2 + 2 LiH.
Nowadays, lithium nitride has been applied in many fields, and the ion polarization model can be used to give a reasonable explanation for the catalytic effect of Li3N at normal pressure and high temperature and its role as a nitrogen source in solvothermal methods. Li3N, which is formed by the reaction of metallic lithium with N2 at 500 ℃, is a good catalyst for the synthesis of cBN under high temperature and high pressure. It can also catalyze the reaction of hBN under normal pressure and high temperature and is used as a synthesis of hBN and HBN in solvothermal methods. The nitrogen source of cBN.

The chemical properties of lithium nitride
It is stable in humid air because the surface is covered with a protective layer.
Reacts with water to form lithium hydroxide and ammonia:
Li3N (s) + 3 H2O (l) → 3 LiOH (aq) + NH3 (g)
Lithium nitride is a super base, which is stronger than negative hydrogen ions, so it can deprotonate hydrogen:
Li3N (s) + H2 (g) → Li2NH (s) +LiH (s)
When lithium nitride is heated in hydrogen, lithium amide (LiNH2) and lithium imide (Li2NH) can be successively obtained, which are finally converted into lithium hydride and release ammonia.
Since the hydrogen absorption reaction of lithium nitride is reversible at 270°C, lithium nitride can be used as a hydrogen storage medium and can absorb up to 11.5% of its weight. Regardless of the direction of the above reaction, lithium amide (LiNH2) and lithium imide (Li2NH) are always intermediate products of the reaction.
Lithium nitride has strong reactivity, especially at high temperatures, it can corrode iron, nickel, copper, platinum, quartz, and ceramics.

Ozbo.com (aka. Tanki New Materials Co.Ltd.) is a trusted global chemical material supplier & manufacturer with over 12 years of experience in providing super high-quality chemicals and Nanomaterials. As a leading nanotechnology development and product name manufacturer, Tanki New Materials Co.Ltd dominates the market. Our professional work team provides perfect solutions to help improve the efficiency of various industries, create value, and easily cope with various challenges. If you are looking for lithium nitride, please feel free to contact us.

The role of boron powder

Recently, covid 19 outbreak spreads in Shanghai, China. There are more than 25,000 new asymptomatic domestic infections every day. China is implementing a dynamic zero-out policy. A leading respiratory expert said the key to COVID-19 prevention and c…