Now you can start your car with your Android phone

Earlier this year, Google announced a digital car key feature for Android, and now, Google has finally flipped the switch: You can now lock, unlock, and start your car with your Android phone -- if you use a Google Pixel 6, Pixel 6 Pro, or a Samsung Galaxy S21 with a compatible BMW. For the few of you who meet this particular criterion, this is an important day.
Google has also been working to improve the Android experience in cars. The company began by streamlining its Android Auto phone app and replacing it with Google's Assistant Driving Mode. Now, the company is rolling out more plans to make dashboard car hubs as hands-free as possible.
The company announced several new features that will roll out on Android Auto starting today. Now, when you start your car with your smartphone nearby, Android Auto will start automatically on the dashboard if it's already synced. In addition, Google has added an always-on 'Play' button that you can tap on Android's automatic home screen to start playing your favorite music.
Google is also bringing its smart reply to the Android car Dashboard. This may be less distracting than trying to interact with an assistant and dictating information while focusing on the road. 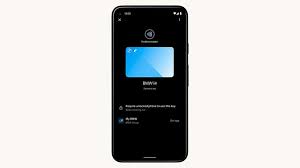 Some other useful updates
Google also unveiled new Android features in addition to cars. The company is expanding the automatic permission reset feature to more Google Play devices running Android 6.0 and later. This is good news for users with older devices, as it can reclaim permissions on apps that have been dormant for a while. The auto-reset feature was previously limited to devices running Android 11 and above, which is when Google first introduced it.
Families that rely on a home clock no longer need Google Assistant devices installed around the house to hear it. Now you can use your mobile device to schedule the breaks and shifts you need. It may also make the alarm quieter, which is helpful if only half the family members obey the family doorbell.
For widget lovers, especially those who currently enjoy the Material You aesthetic of Android 12, some new widgets can be placed on your phone's home screen. There's a YouTube Music widget that puts the playback controls and the most recently played music there. Next week, Google will launch a new Play Books plugin that will allow you to access your library of books and audiobooks. As a longtime Android user who has a large library stored in Play Books, I'm happy to see it finally make it into the widget lineup. A Google Photos widget displays your favorite people and pets so you can relive memories on the same screen that launched the "I Feel Sad" playlist. It's all coming together.

What is silicon monoxide powder?